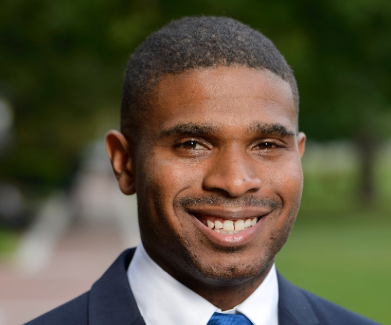 “Managing independent research projects requires a lot of dedication, investment, creativity, and responsibility. That is why INBT is committed to preparing our students with important knowledge and skills necessary for them to easily transition from student researcher to independent researcher,” said Sharon Gerecht, director of INBT, Kent Gordon Croft Investment Management Faculty Scholar, and professor in the Department of Chemical and Biomolecular Engineering at Johns Hopkins University.

Quinton Smith, a former INBT student, is one of many who have experienced INBT’s scholarly training first-hand. Smith began in the Research Experience for Undergraduates (REU) program in Gerecht’s lab while he was a sophomore at the University of New Mexico. INBT’s REU program provides undergraduate students from universities and colleges around the U.S. with research experience on INBT projects during the summer. Smith created an engineering tool that controls and replicates behaviors and mechanisms present in the human body. These types of devices are important so researchers can study diseases and test potential drugs in an environment that closely resembles the human body. He found the work so captivating that he returned to the REU program the following summer to continue the same research.

Smith has worked in many labs, including the University of New Mexico Cancer Research and Treatment Facility after he graduated high school, and Sandia National Laboratories after he finished his undergraduate degree. While his experiences at both these facilities built critical research skills and knowledge, it was the relationships Smith cultivated with INBT peers and mentors during his two summers in the REU program that motivated him to pursue his PhD at INBT. “There are a lot of great institutions, schools, and research facilities, but it is really the people and their mentorship styles that transform you,” said Smith.

INBT’s training philosophy includes immersing students in their fields immediately. “As soon as I joined the lab, I was challenged to write a review article as well as a book chapter,” said Smith. “In addition, INBT encouraged me see what other people are doing at Hopkins by networking, interacting, and exchanging ideas.” Students at INBT benefit from the wealth of perspectives and expertise offered by INBT faculty, who collaborate extensively with peers across Johns Hopkins divisions.

The Institute’s students also have tremendous success at securing grant funding and receiving awards. Smith, for example, has received two predoctoral fellowships, one from the National Science Foundation, and the other from the National Heart, Lung, and Blood Institute through the National Institutes of Health. In addition to these fellowship awards, he has received a poster award from the Signal Transduction by Engineered Extracellular Matrices Gordon Research Conference and an Innovation and Career Development award from the Biomedical Engineering Society. In 2017 he was named a Siebel Scholar, an honor bestowed on the most talented students at the world’s leading graduate schools of business, computer science, bioengineering, and energy science.

These days, Smith is performing research as a postdoctoral fellow with Sangeeta Bhatia, in the Laboratory for Multiscale Regenerative Technologies at the Massachusetts Institute of Technology’s Koch Institute for Integrative Cancer Research. His research includes combining a variety of cells using 3D printing technology to create transplantable liver tissues. While this is an enormous endeavor, he believes that the extensive and intensive training he received at INBT have prepared him to traverse the challenges all independent researchers encounter.

Smith was awarded the HHMI Hannah Gray Fellowship in 2018.

Kaylinnette Pinet began working in the lab of Dr. Cynthia Bradham at Boston University during the summer following her sophomore year. Her project focused on engineering self-inactivating pantropic retroviruses as tools for systems-level manipulation of gene expression in sea urchin embryos (Core, et al. 2012). During her senior year, Kaylinnette gave a talk at the END_OF_DOCUMENT_TOKEN_TO_BE_REPLACED